The Ambilight is a desk accessory that utilizes different sensory elements like sound, sight, and touch so that anyone can instantly know the weather with any sense 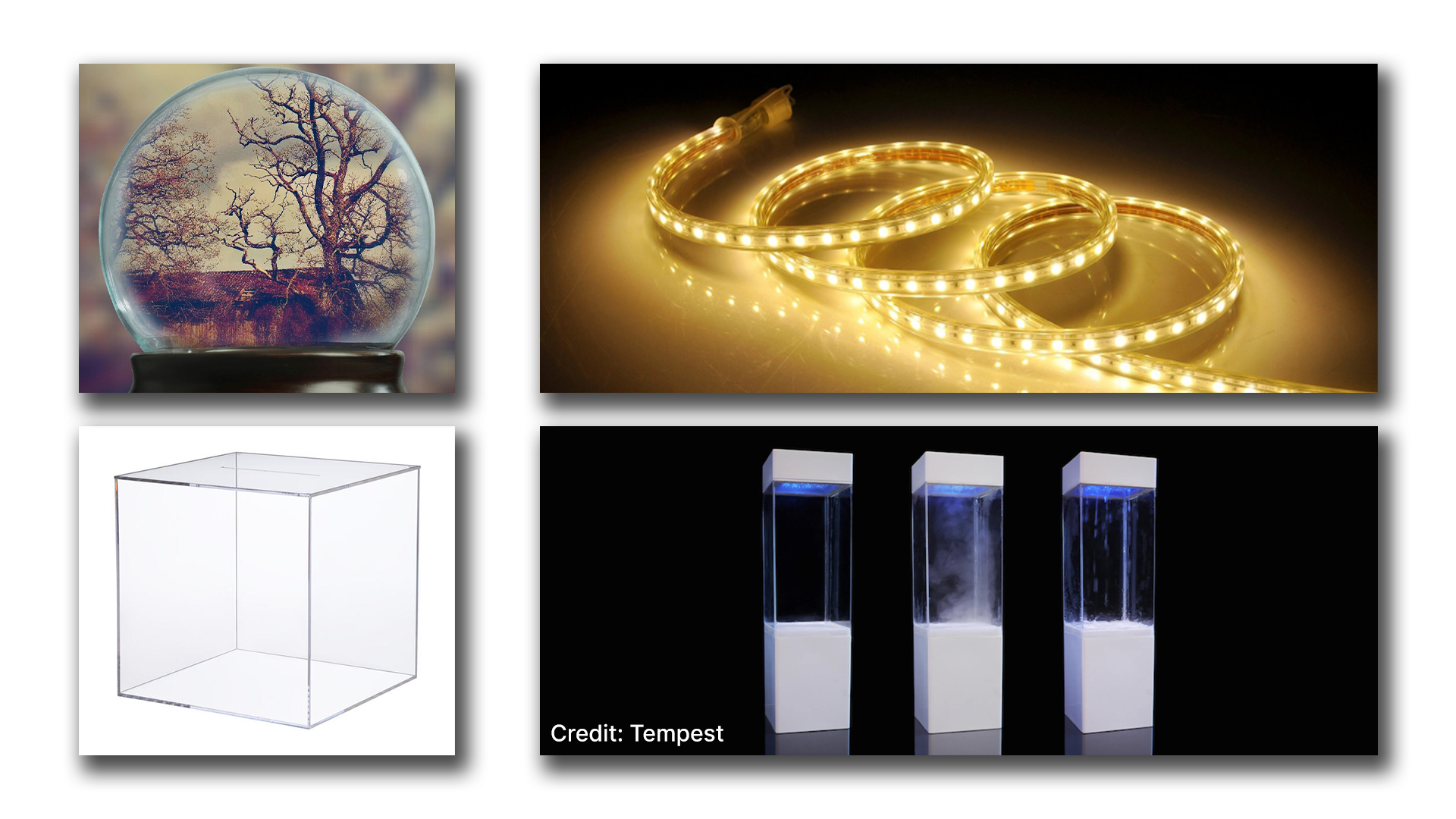 During the Summer of 2020, I had an idea to make a snowglobe represent the actual weather using LED’s and electronics. I wanted to make a device that would allow the user to know the weather through different senses like sight, feel, and sound.

I call it the Ambilight for Ambient and Light. 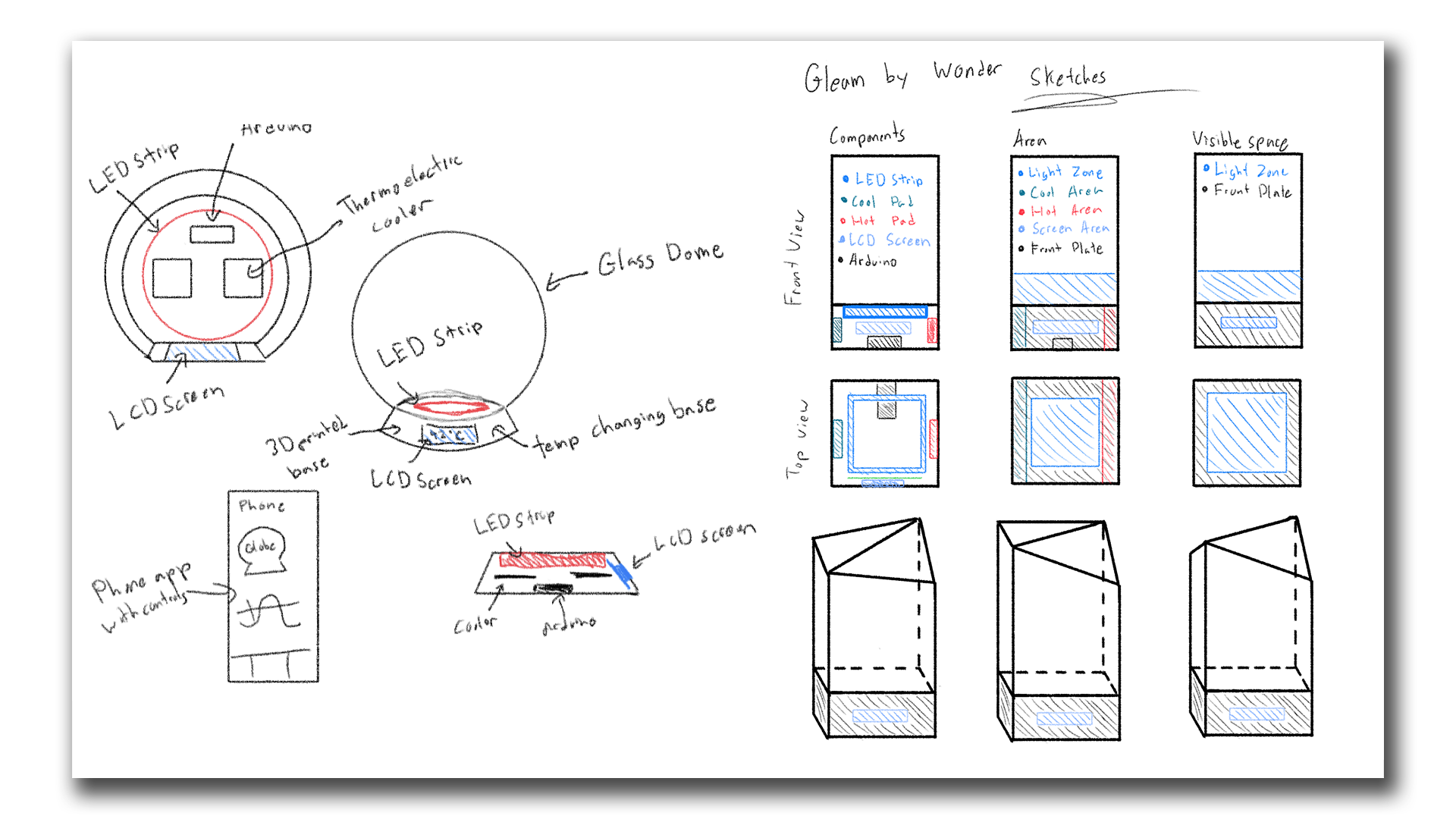 The Original version revolved around a snow globe shape, but I soon realized fitting square components into a round body proved to be very difficult. I then changed the design to a tall vertical box with an LCD Screen, thermoelectric coolers, an Arduino and an LED Strip. 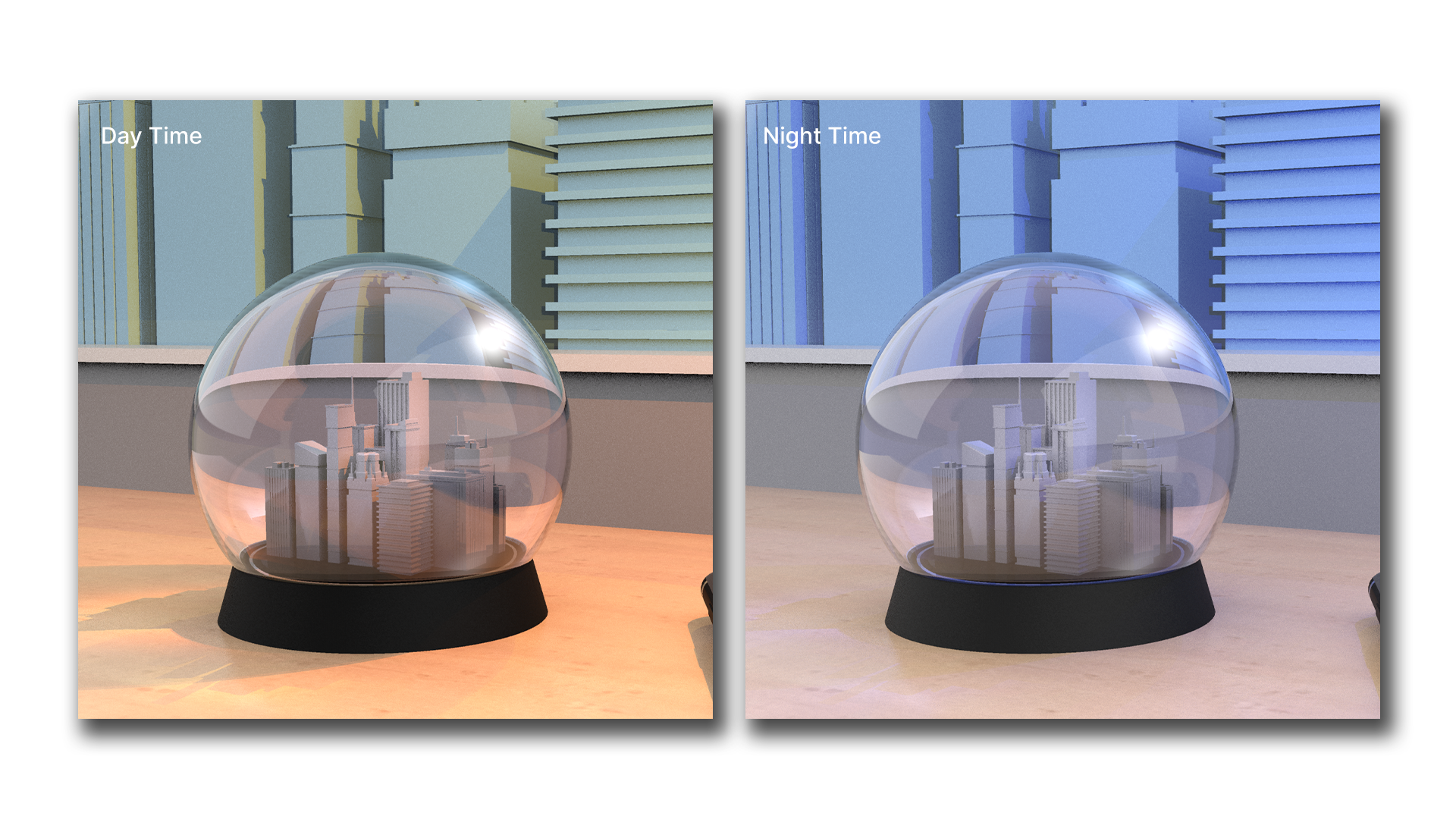 The first prototype were the Globe designs. There was supposed to be a ring in the base that changed color based on time of day and weather as seen above. The circular base didn't end up being the best for the electronics so I moved on from this design quickly. 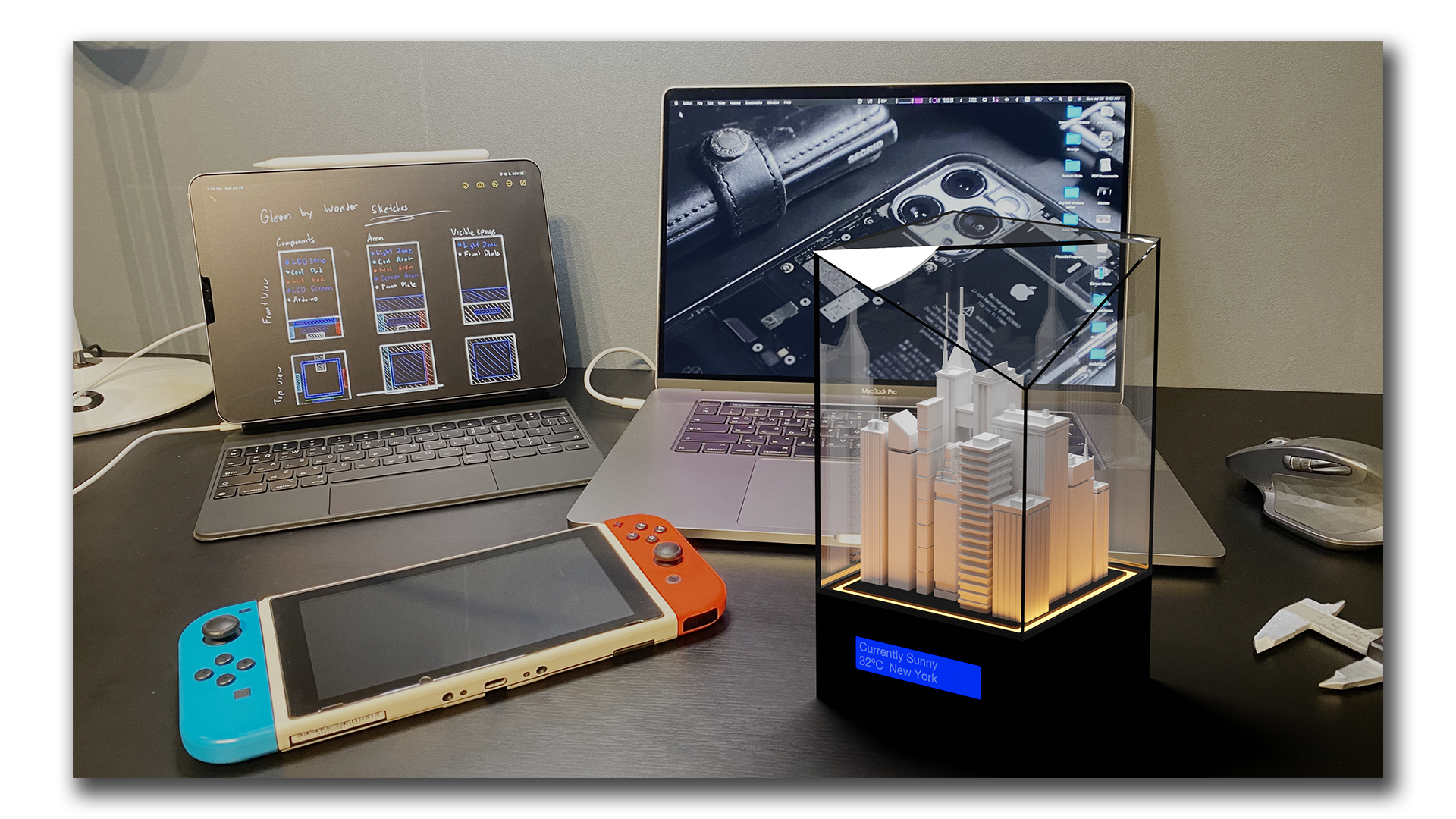 This was a quick mockup to show off the design on a desk like setting and to see how the sizing would look. 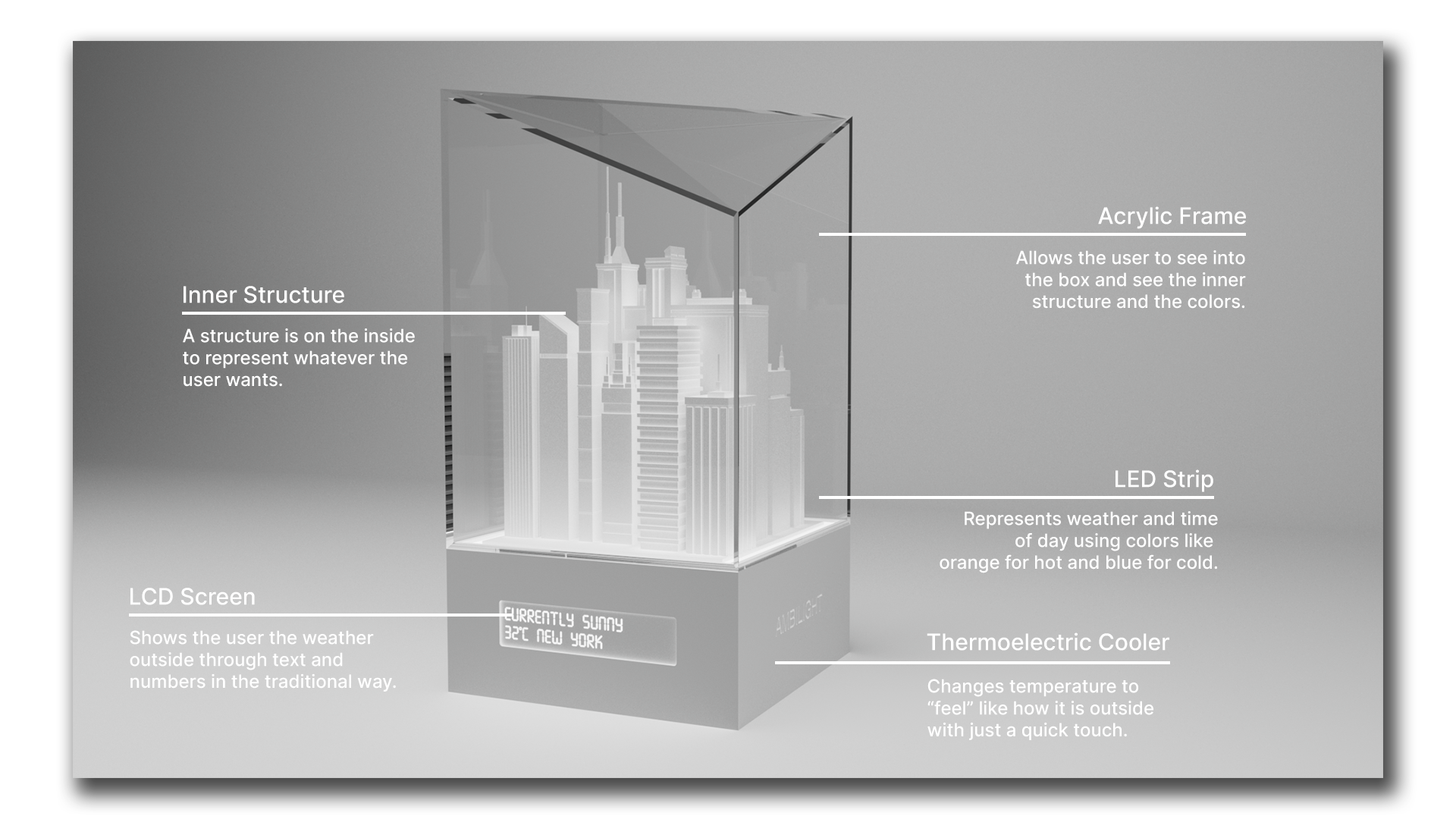 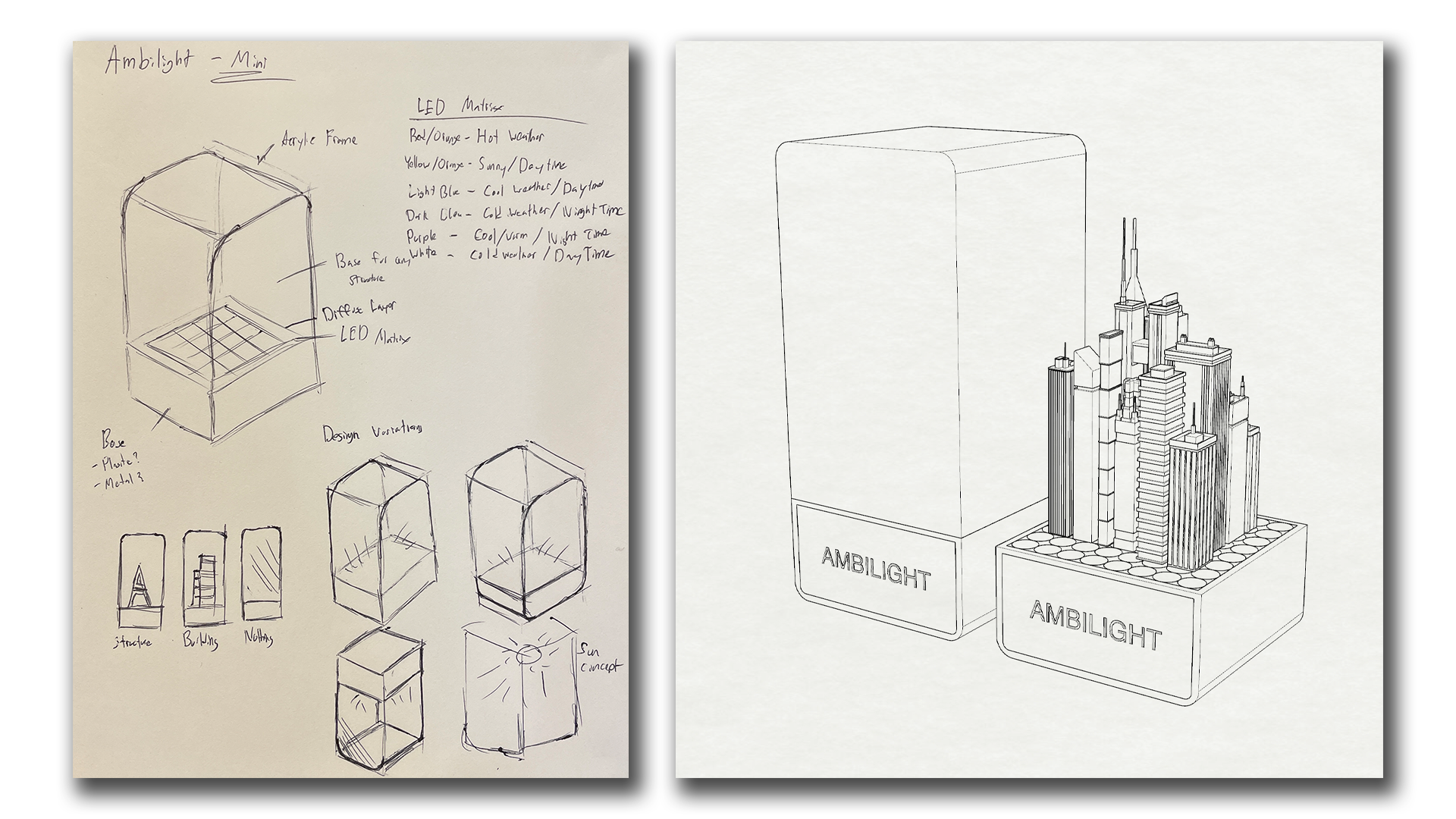 I found a small acrylic box in a store and realized it would be perfect as the enclosure for an Ambilight Mini. 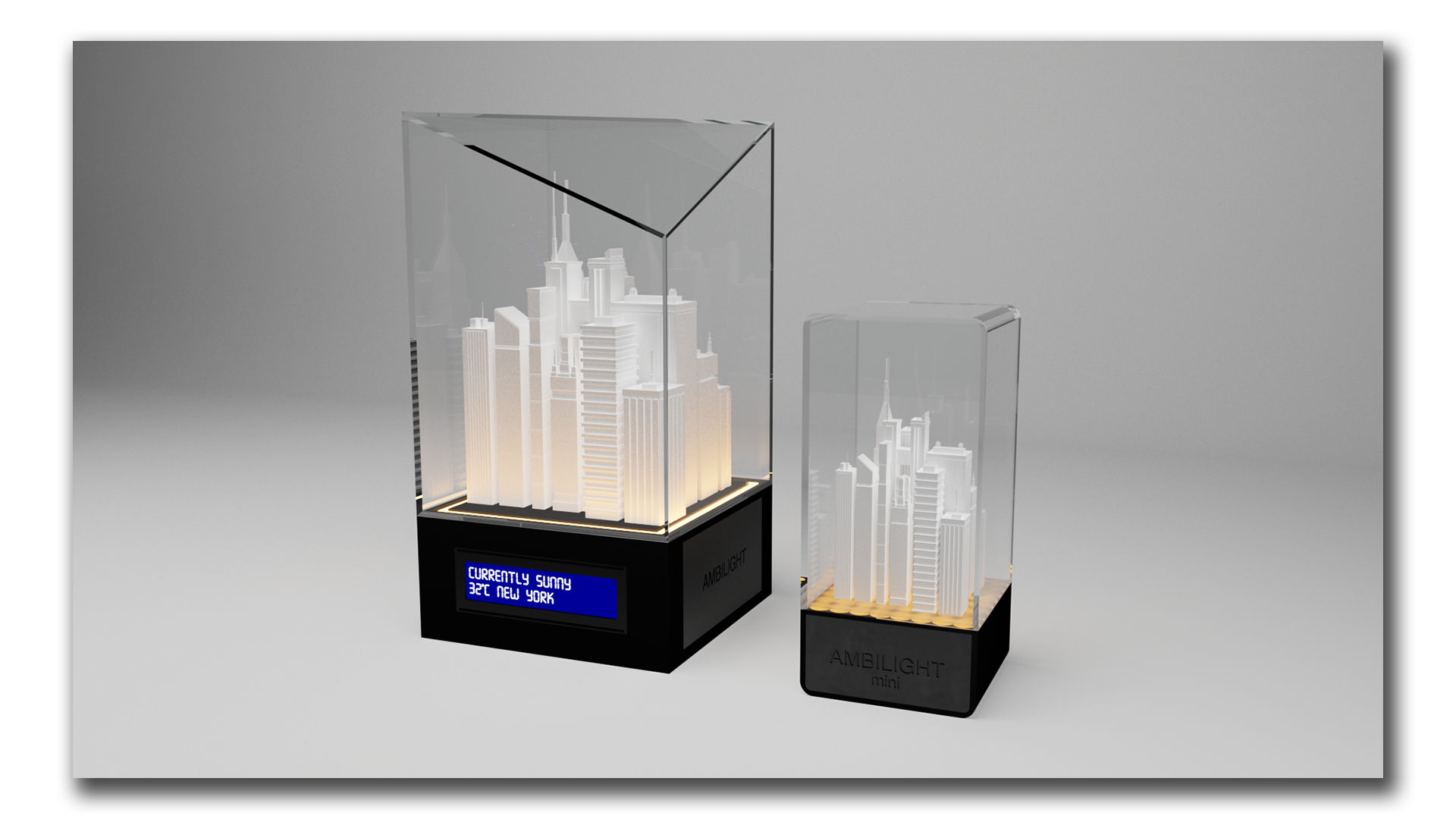 The Mini is roughly 2/3rd the height, half the length and width and uses an LED Matrix instead of an LED strip to represent the weather. It also lacks the LCD Screen and Temperature changing base. 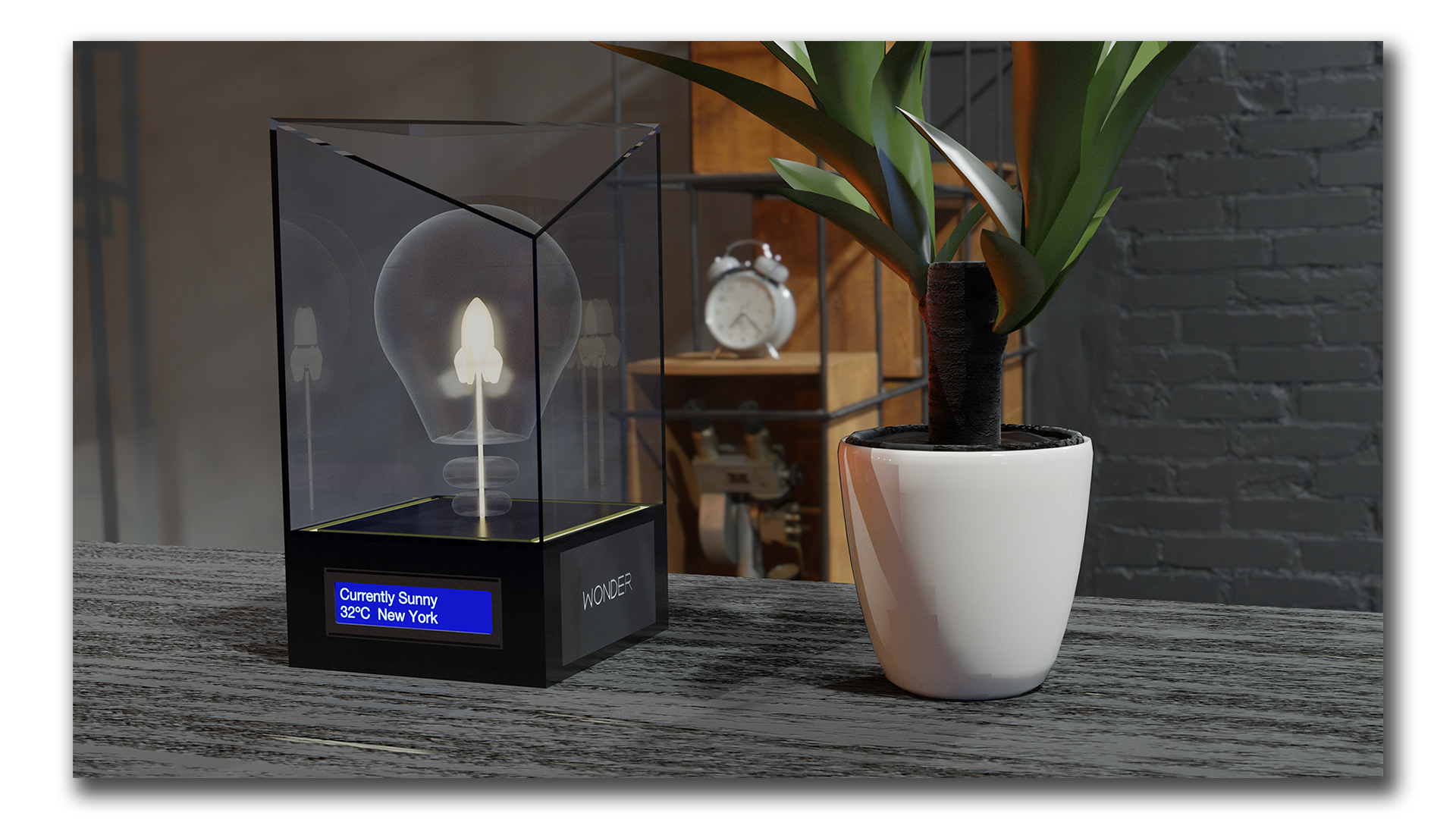 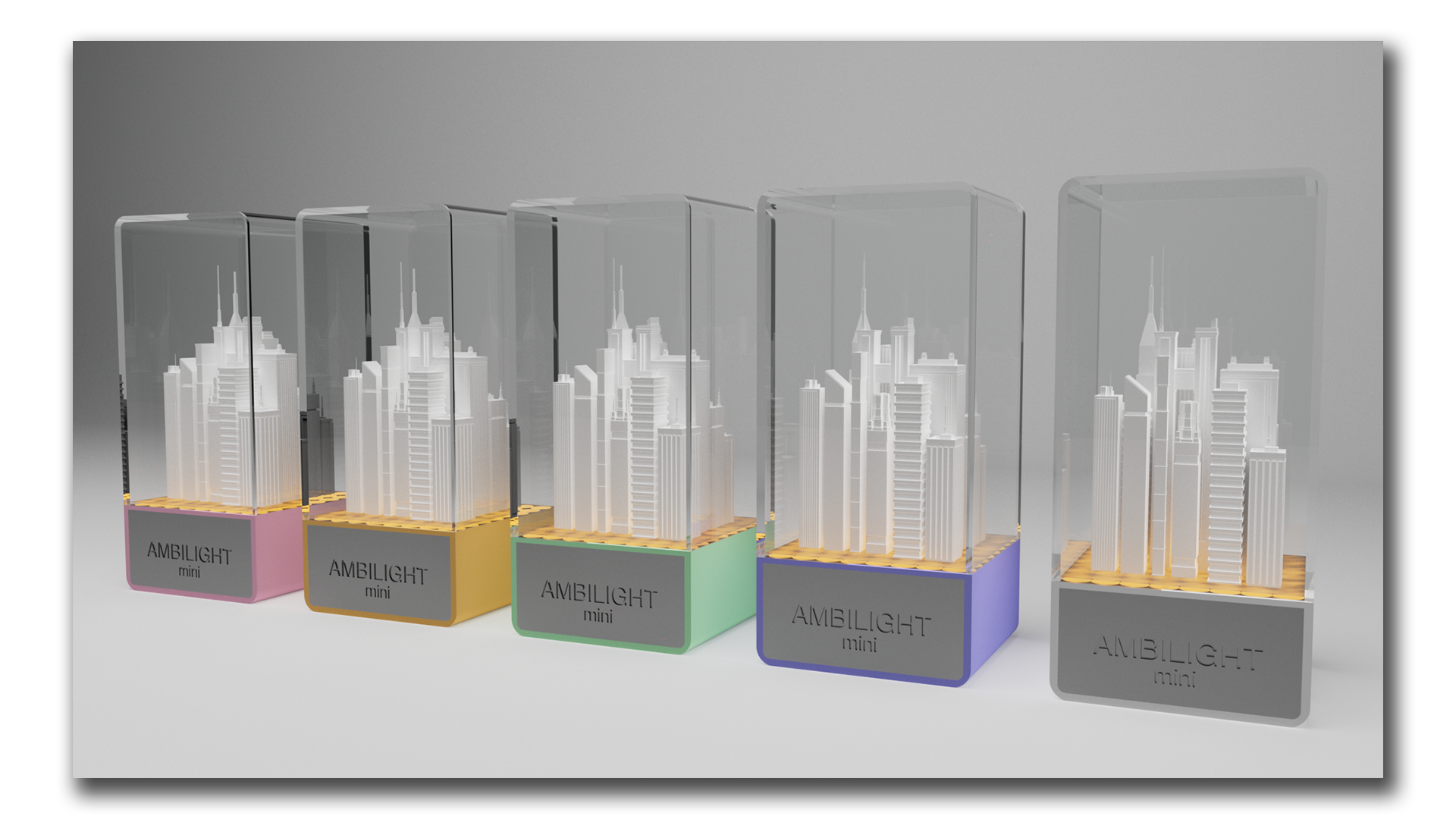 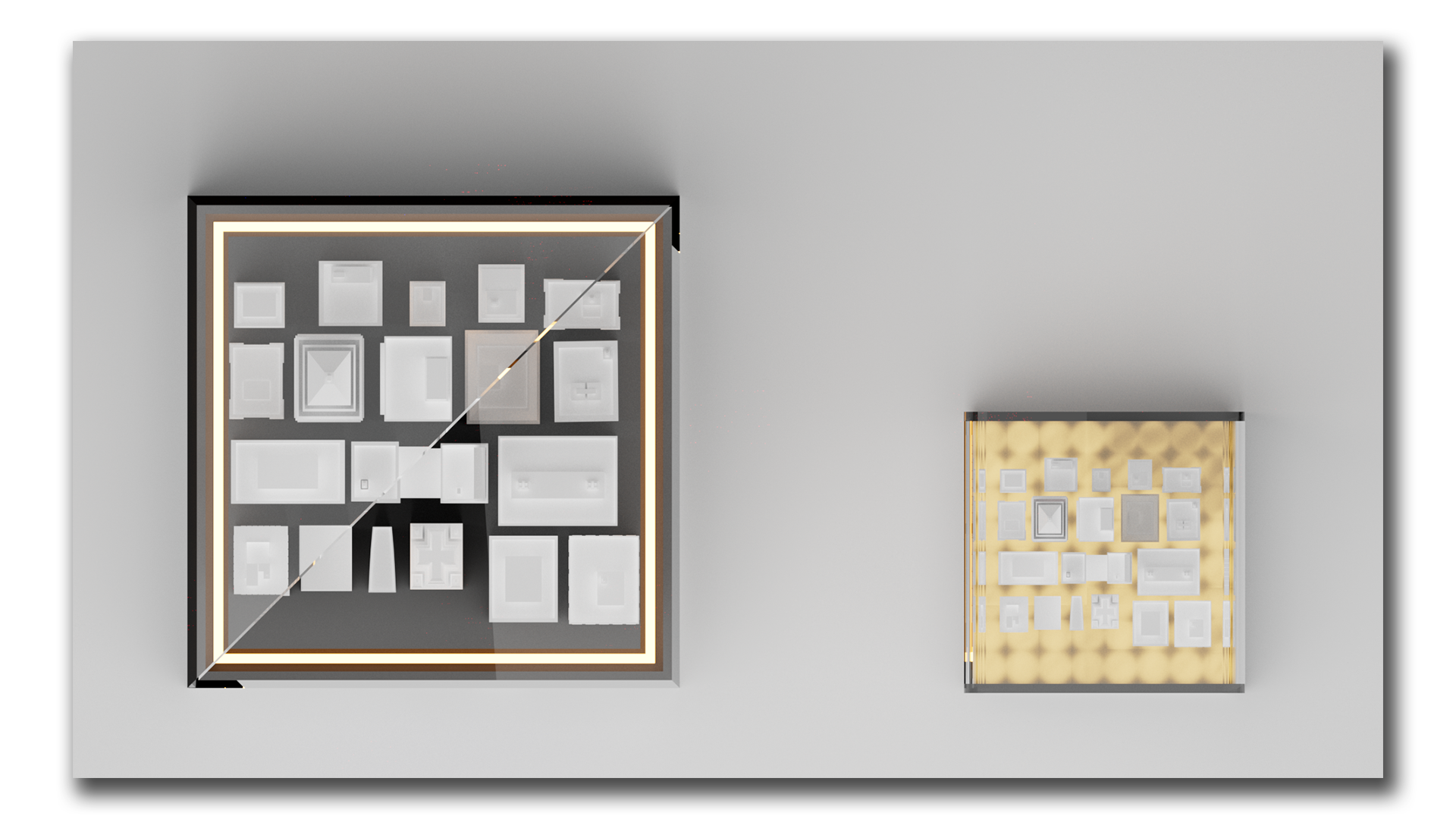